Primarily being built for cloud platforms, Golang is becoming popular among developers simply because of its absolute control over the API layer with real-time operations. As a top Golang development company in India for providing IT solutions to real life problems, we constantly explore technologies to the deepest extent and we have found Golang to be highly competitive. At Piccosoft, a Golang development company in Chennai, we have expert Golang developers, who can help you execute your project in a competent manner and support your project for making it successful. 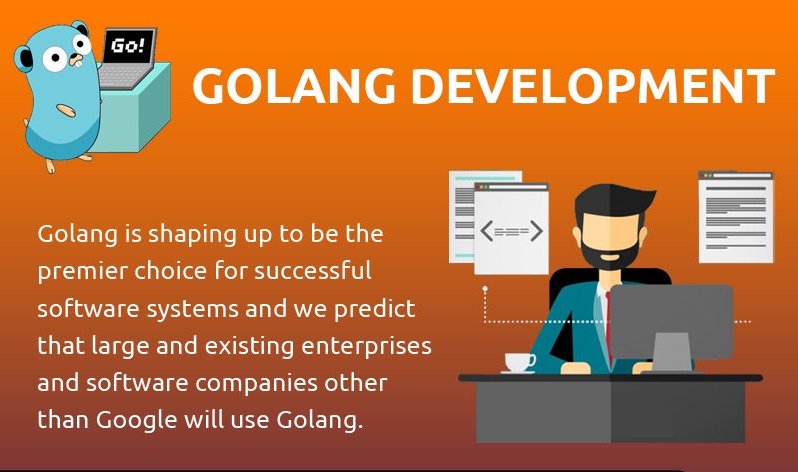 It is primarily because the code arrangement in Golang is simple and attractive. One need not get the whole thing built in for having complete control over each execution. For example, if we do not have RAII, as an alternative, we can get a trash specialist.

Golang gives us an advantage of arranging simple to use building blocks in an effective way to provide the right solution for a real life issue. In addition to this, Golang doesn't require any complex creation, inspection or learning. It is simple and easy to maintain. It is secure as well. Golang also has provision for running concurrent operations and performing different processes in the meantime.

Golang is a Programming Language for the future of Development and this is where Piccosoft did not lag behind in trying out Golang for executing projects. Exclusively being composed for cloud platforms, Golang holds an authority in API layer with simultaneous operations. It has a powerful standard library that can help us in building a high performing IT solution that meets the highest standards of application development.

Also, Golang was created by Google to automate software development and to make the process more efficient and scalable. The language was written by and for people to easily deal with the complexity of large teams working on huge and complex projects.

With Golang the memory management also becomes easy. The Go memory allocator stores a large territory of virtual memory as an arena for allocations. This virtual memory will be confined to the specific Go process and the reservation does not affect other processes of memory.

Go is completely trash collected making interfaces simpler because they don't need to be explicit about how memory is managed across them.

Compilation of a large Go program is very easy with Golang and it can happen in a few seconds on a single computer. Just like C and C++, Golang also compiles to native machine code without necessity for environments like CLR and JVM to run Go applications. Also, in Golang, concurrency is a first class citizen in the core language. Go introduces Go routines which allow us to run functions concurrently.

Golang, being a future programming language for the trendiest development, is composed primarily for Cloud platforms. Off late, it has become very popular among Golang developers because of its dominance on API layer with simultaneous operations and its brilliance in development. Our Golang developers at Piccosoft love Golang to the core and they are always on their toes to explore Golang for all our upcoming projects.

With Golang, we can easily execute huge projects and take care of it by giving complete support in an easy manner. Providing solution for complex processes is as well becomes easy with Golang as it comes with a standard powerful library that can provide solutions to any complex development, unless the application is about a specific industry or a niche. Overall, the solution that Golang provides for any complex project is simply amazing.

Why developers and Piccosoft admire Golang?

Golang is the most modern technology that has overcome the following challenges that ancestral programming languages faced:

At Piccosoft, the Golang developers have discovered that using Golang is viable for start-ups, small and medium businesses, as they can easily gain the luxury of not entrenched code base that they need to work with.

This proves Golang very efficient for two reasons: One is, Golang's significant use by existing large enterprise/software company other than Google. And the other one would be significant IPO or full acquisition of a startup that primarily uses Golang in their technology stack.

If you are looking at hiring Golang experts are the best Golang developers in Chennai, Piccosoft can certainly help you out. Our developers have studied Golang in and out to evidence its competency to meet the highest development standards.

Developers Who are worked

We are looking for dedicated resources for my Project. Can you provide?

We are a Start-up and I have not hired employees in-house. Can you provide a technical team for us?

Of course, we can set up a technical team for your Start-up with a Designer, Developers, Architect and Testers.

We want to discuss about a project. What is the convenient time?

We can certainly fix up a convenient time for both of us, for a discussion. Do call me at +91 9840322505 or email me at suresh@piccosoft.com for scheduling a meeting at my office.

We already have a web application. Can you develop a Mobile App for that?

We can develop a Hybrid Mobile App for your web application using Ionic Framework.

We do not have a set-up of our own yet. Do you provide remote resources?

Do not worry about not having a set-up of your own yet. We have our own set-up and the resources we provide to you can work for you remotely, from our set-up.

We have a team, who is working on our project already. We just need two more Developers, whom we cannot hire in-house now. Can you help us?

Yes of course, let us know the criteria like skills and experience. We shall arrange for the resources and provide you with the same.

I have an idea. Can you execute it technically as a fixed project?

Yes of course, we would love you hear your idea. After listening to it, we shall put up a project plan and execute it.

How do you provide support?

We are available 24/7 through various means including, Phone, Skype, WhatsApp, Email and Chat. You may contact us through any of these means.

We already have an existing application that is working. We need to enhance it. Can you provide the service of re-work?

Yes, we can certainly re-work on it and enhance it for better design with good look and feel, better user experience and more features. We would want to have a look at it, for recommending improvements for it.

What are the frameworks you are familiar with?